When I first signed up to Camphill I think that considering the information I had at that time, you can defiantly say that I had no idea where I was going. I was an officer in the army, a guy that used to control and command, and there I found myself going to a place where I'm as equal as everybody and I have to share everything. I believe it was faith that brought me to the Bridge Community. I actually signed for two communities, one in Scotland and the Bridge, signing up to the Bridge was actually after I couldn’t come to Dingle community because the time they wanted methere was too early.

After I told the other community in Scotland that I could not decide between Ireland and Scotland, they made the decision for me and took another girl that was 100% convinced about going there.

So here I am, two weeks before my flight to Ireland receiving an e-mail from Ben, whom I thoughtto be a man, that I won't be in a community name Grangebeg and I will be in the Bridge in a housecalled Isserin. Isserin is the big house and the center of the community.

During my year in Camphill I lived with 7 villagers, 7 different co-workers and the house family – all of them are great people. At the beginning I was a part of the garden group for a full time job, a job that I never experienced in my life. The garden workshop gave me a lot of knowledge aboutgardening and also created in me a new connection to the land and the food we grow. After a while I got the chance to use my special hobby of cooking by joining the kitchen and coffee shopcrew. Working with the people in Camphill is a special experience that I'll neverforget. It took me exactly one week after I left to miss the people. Working and living in camphillis not easy at all,but I think you get much more then what you give. I really miss the guys from my home, especially Colm and Justine. Colm is a guy that will make you smile anytime, even if he wakes you up at 2a.m. and Justine is someone that no co-worker will ever forget because she makes sure to stay in contact with everybody and posts us letters every month!. If you want to give a bit from yourself to society and to get a great life experience – Camp hill is the place, if you want to meet great people and get to know a beautiful country – Ireland is the place, if you want it all and with great people who lives in a great supporting little town – the Bridge is the place for you!!! 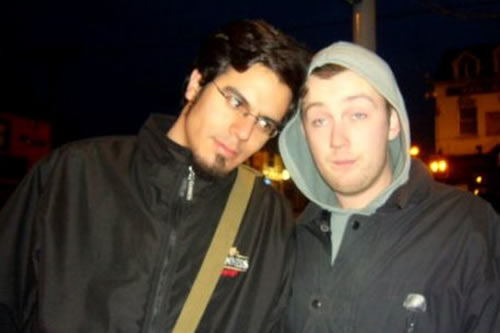